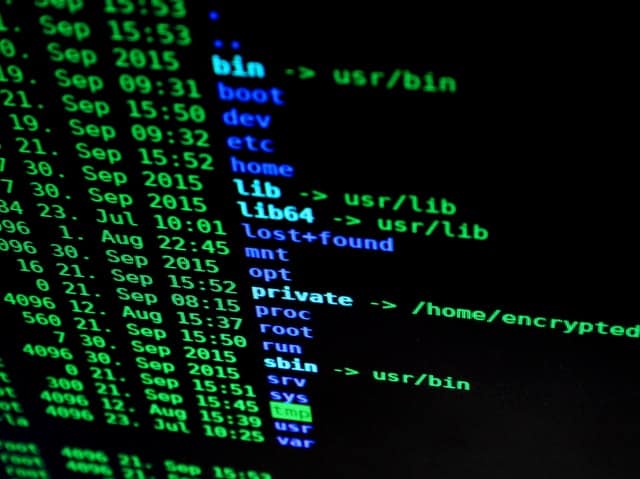 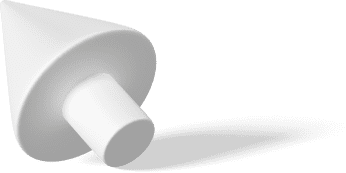 Please note neither Indexsy nor the companies listed are supporting illegal torrenting and also, that torrents should be used only for legal file sharing and downloading.

A Virtual Private Network (VPN) is used to maintain privacy online and also hide any uploads or downloads. A great VPN has great connection speeds and excellent security. VPNs are easy to use and can be run on all devices including smartphones, tablets, PCs, and even the Fire TV. You can use a VPN to access files from a variety of countries that normally would be blocked. Access to a VPN is mostly important to people who use torrent links to download any files with protocols such as BitTorrent. The first step of getting a VPN is figuring out why you need the VPN then look at the recommended VPNs qualities and choose according to your most important qualities. The best torrenting VPN should be able to do a variety of things to protect the user and they include; 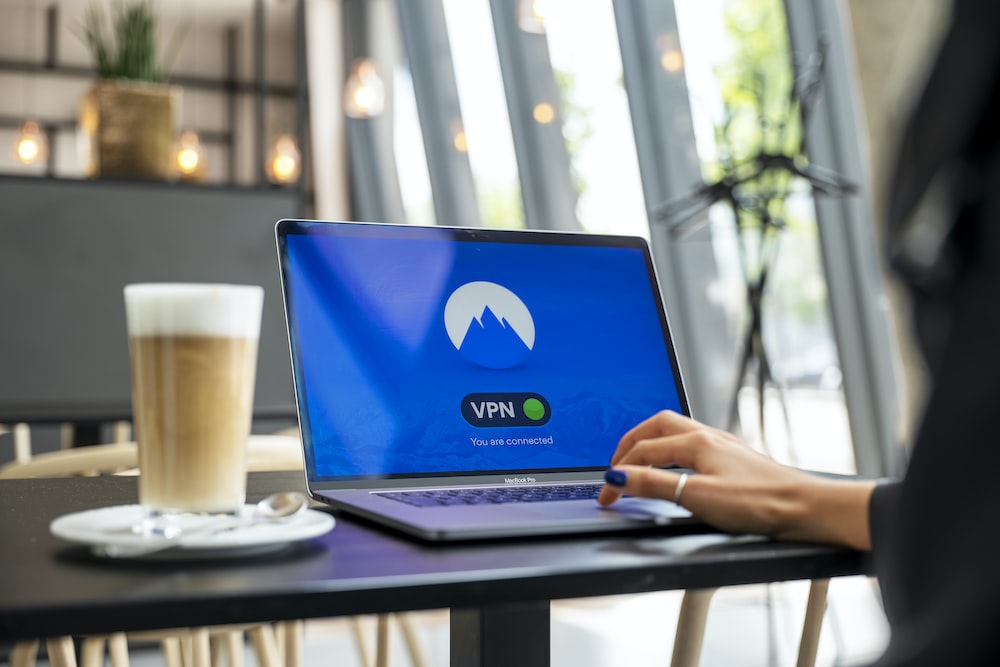 The best VPN according to our research is the NordVPN, which is under Panama jurisdiction and has high-speed servers in over 60 countries that allow unrestricted torrenting. However, there are other best VPNs for torrenting such as;

ExpressVPN – This torrenting VPN can be able to unblock any site for a monthly fee and is under the BVI jurisdiction. Works in China and has no logs

Surfshark – Has over 1000 servers in a variety of server locations available for P2P sharing and is in Beneficial Offshore jurisdiction.

How we tested and decided

The most important features in a VPN are the fast speeds of downloads, no data caps, and extra internet privacy. Our list of torrenting VPNs was tested using the criteria of:

This is the best torrenting VPN that is extremely fast and you can set it up on 6 devices offering simultaneous connections with one subscription plan. NordVpn bypasses geo-restrictions with its high level of servers and has unlimited traffic. It can operate on all platforms and there is no advertisement present. It has a kill switch for the prevention of any DNS and IP address leaks when the connection drops. There are apps available for macOS, Windows, Android, IOS, and Linux.

This is one of the best VPN for torrenting and P2P file-sharing traffic that has a large number of servers fine-tuned to achieve high download speeds. It has an inbuilt kill switch that prevents web traffic from leaking into unencrypted networks in the event your connection drops. ExpressVPN is based in the British Virgin Islands who doesn’t have data-retention laws and its no-logging policy has been proven over the years. ExpressVPN is one of the best VPNs for torrenting as it uses peer-to-peer technology(P2P network) and from the test, we can confirm that this software guarantees torrenting activities safely.

For the year plan subscription, it charges $6.67 monthly, for the half a year(6months) subscription Express Vpn charges $9.99 monthly and a one-month subscription is $12.95. Notably, when a new user subscribes to this service for the yearly plan, they get 3 free months totaling the months to 15 months. Among the payment methods that are accepted by ExpressVPN are Paypal, Bitcoin, and credit cards among others.

This is an easy to use, low-cost VPN for torrenting that emphasizes data privacy and security using 256bit AES encryption and SHA512 authentication. SurfShark has special P2P servers that come with the most important security features with additional features such as a split tunneling option called a Whitelister and an adblocker named as CleanWeb.

How to use a torrenting VPN 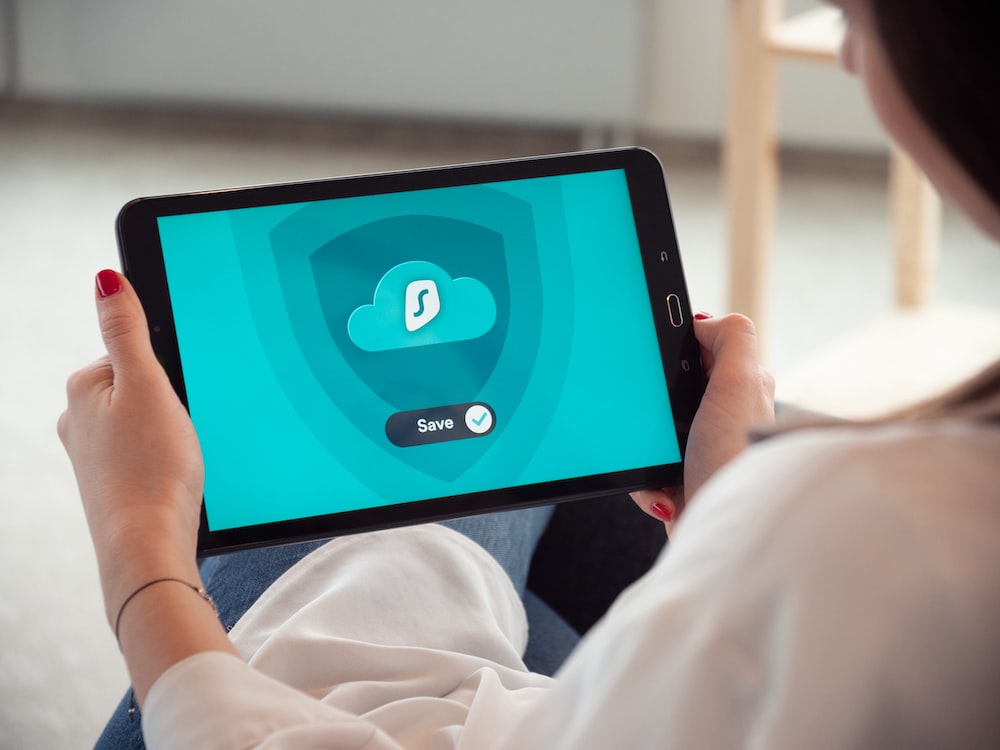 The following are steps that a reader can follow for successful torrenting VPNs in the market.

1. Select your preferred VPN service– We recommend NordVPN as the best VPN service followed closely by ExpressVPN. Download the software, install and run it then connect it to any available servers of your choosing. The most important feature to consider when choosing a VPN service is one that allows P2P file sharing. P2P allows protection of their internet users from any copyright trolls and at the same time rendering special servers that are optimized for torrenting.

Kill switches are responsible for preventing your device from accessing the internet if the VPN is not working. It is important for a torrenter when they leave their device unattended for some time and as a result, the connection could drop leaving IP addresses exposed. Some VPN services have inbuilt kill switches but others have the kill switch option.

There are a variety of good BitTorrent clients on the internet and you should choose one that can be bound to your VPN interface, one that is convenient for your device whether it is a Mac, Windows, or Linux, has open-source, and is fully featured. Notably, the Peer’s tab in your BitTorrent client is graphic evidence of why you need a VPN when torrenting.

Once you decide what you want to download from the torrent site, click on its magnet link and download the file. Magnet links are the best to use because they have all the information needed in the link, unlike the .torrent file. Modern BitTorrent clients usually support both methods of downloads.

To seed in your BitTorrent client, leave the torrent running after you have finished downloading. Peers show you the IP addresses of any other seeder or downloader if you are not using a VPN service.

Although this is an optional step, port forwarding will boost your torrenting speeds and allows you to have remote access to your PC while you are not home.

How to test whether your VPN is working

To avoid any DNS leaks or copyright trolls, it is important to confirm your VPN is working properly and one way to can do this is by using the IP Magnet tool. Go to the IP Magnet tool web page, click on the magnet link and open a dummy torrent download in your BitTorrent. After a few seconds, you should be able to see your IP address. Your internet service provider’s IP address should be different from your VPN server’s IP address. Another way is to use the What is my IP tool which you can easily find in Google.

Disadvantages of using a VPN

If you use a VPN, you might be affected in some ways and it is important to be aware. The common ways your internet usage may be affected are:

VPNs are not legal in all countries because some countries like to have complete control over the citizens and therefore in such cases, the only government-approved VPNs are legal. However, some countries like North Korea have completely banned the use of a VPN. NordVPN is a quality provider for another reason being that it has generated obfuscated servers that can be used in countries that VPNs are not allowed by the government.

1. Is Torrenting safe with a VPN?

Yes torrenting with a VPN is safe because a VPN keeps your activity private. Torrenting without a VPN simply means your internet provider can be able to see your online activity including all the sites you view. Some countries usually allow your internet service providers to share information with third parties and therefore the VPN keeps you safe by keeping your activity private and also protecting your IP address.

To ensure safety when using a VPN, you can follow some steps;

Download and install the best VPN in the market and we recommend NordVpn, enable the VPNs to kill switch if it comes with one, connect to a VPN server, and preferably your country should be P2P friendly. Once the connection is established, open your torrent and start your downloads because your online activity is encrypted by your VPN.

2. Which is the best VPN for Torrenting?

According to our list, the best VPN for torrenting is the NordVpn because not only does it have relatively affordable subscription plans, 30-day money-back guarantee it can also be used on 6 devices simultaneously with one subscription. Also, NordVPN uses a double VPN meaning it has been encrypted twice through a number of servers. It is best for anyone who is concerned about the privacy policy.

3. Can you go to jail for Torrenting?

No, you cant totally trust VPNs because no matter how much a VPN can mask your browsing, it needs some information and therefore it logs some to be able to maintain the service. Besides, with any VPN, take note of the permissions request to avoid it controlling your system. Some VPN service providers are more trustworthy than others when torrenting and as a result, you should make sure you are using the most recommended VPNs and our trusted choice is NordVPN. The best way to be able to trust your VPN service provider is to do your research well, confirm if all the services and promises offered are genuine from reviews, and consider taking additional steps to protect yourself.

You cant trust free VPNs for torrenting as they are not safe and you can catch malware. Free VPN providers for torrenting usually use hidden tricks or tools to generate money to cover costs and generate profit from their clients. The maintenance of the hardware is not cheap and therefore free should act as a big red flag for you. Using a free VPN for torrenting can cost you a lot by stealing your data and ruin your internet experience.

5. Does a VPN stop buffering?

Using a good VPN with a fast and reliable speed helps to reduce buffering problems which are usually a problem with any internet. You can reduce buffering issues from any of your devices by simply connecting to a reliable VPN like NordVPN. They reduce buffering by providing privacy and anonymity and without your ISP seeing your activity, they cannot use any throttling measures against your connection. Also, while using your VPN, to reduce the buffering, choose servers that are closer to your location which will have low latency or occupancy.

You can be traced when you use a poorly configured VPN as some VPNs may accidentally show your IP address. Use a VPN with leak protection as it prevents any leaks in case the connection drops. Besides, using a free VPN may help to track you by logging in to your activity and selling it to any interested third party. 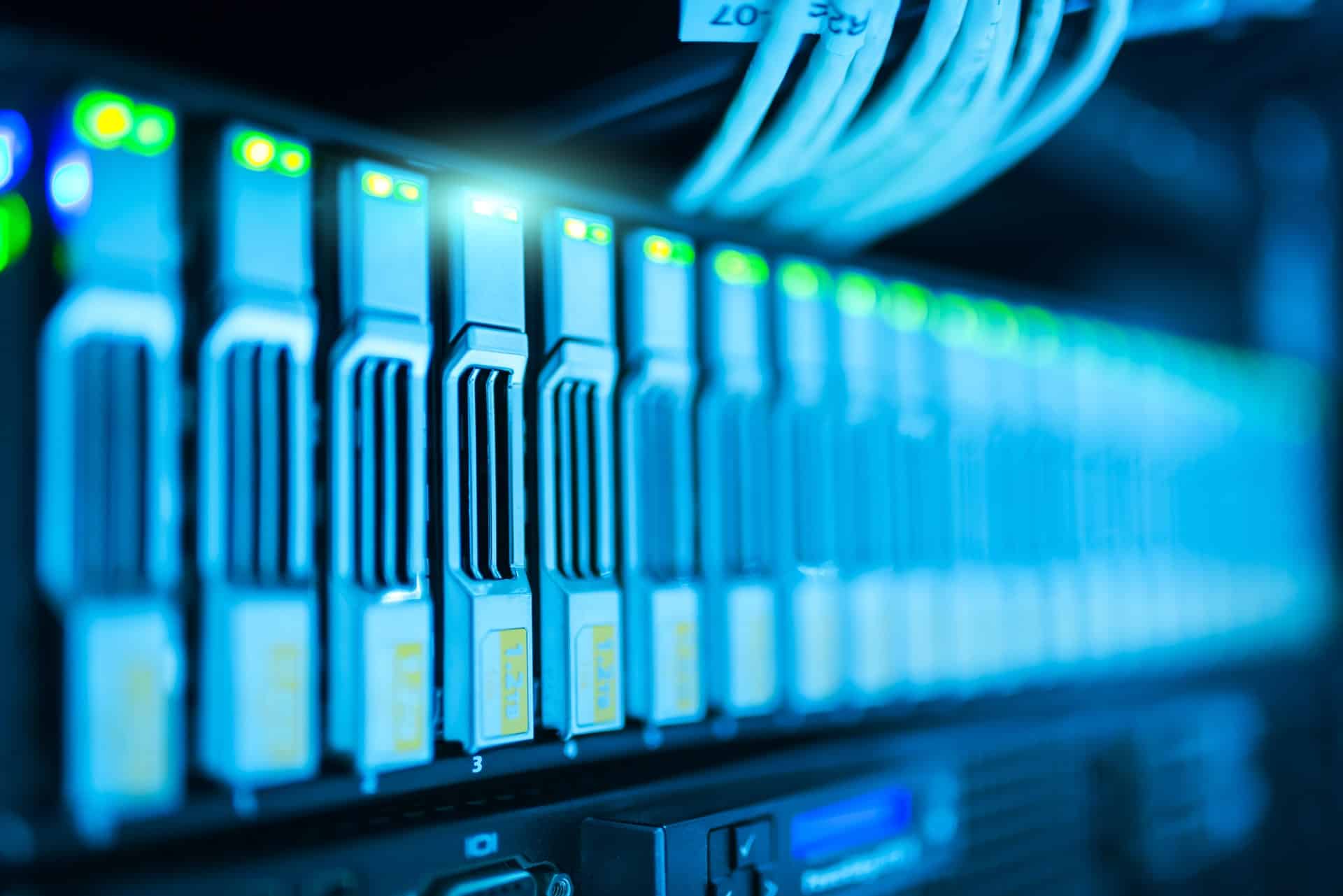 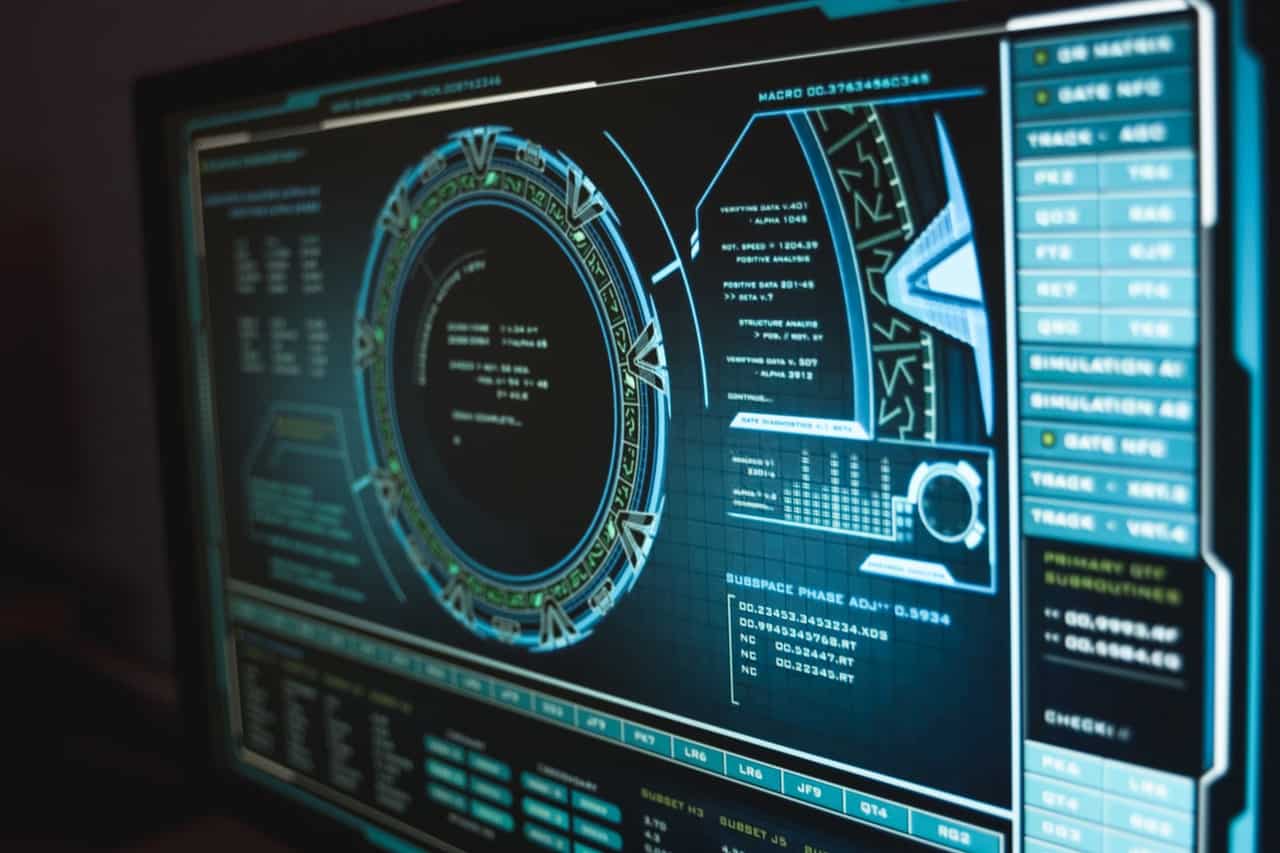 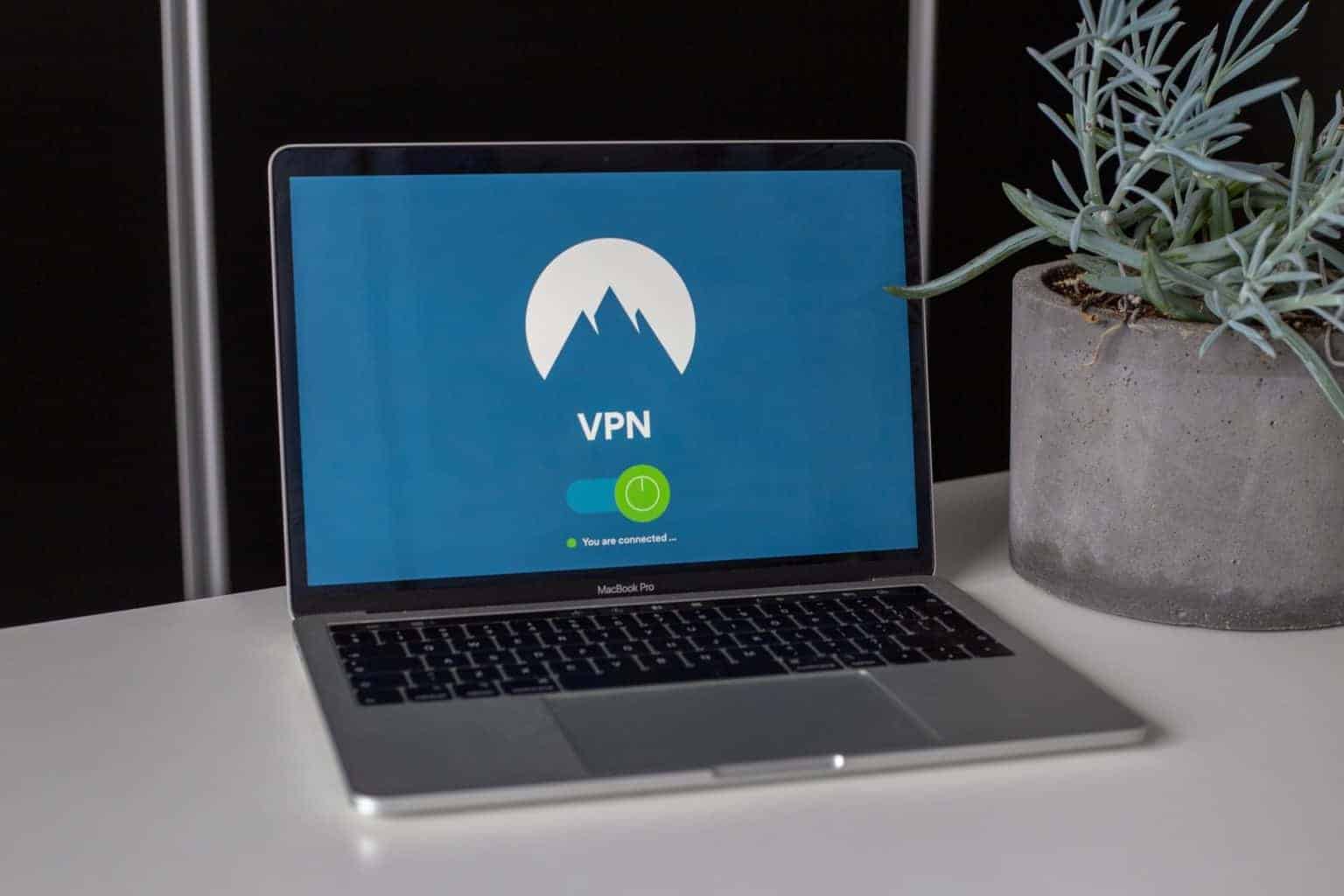 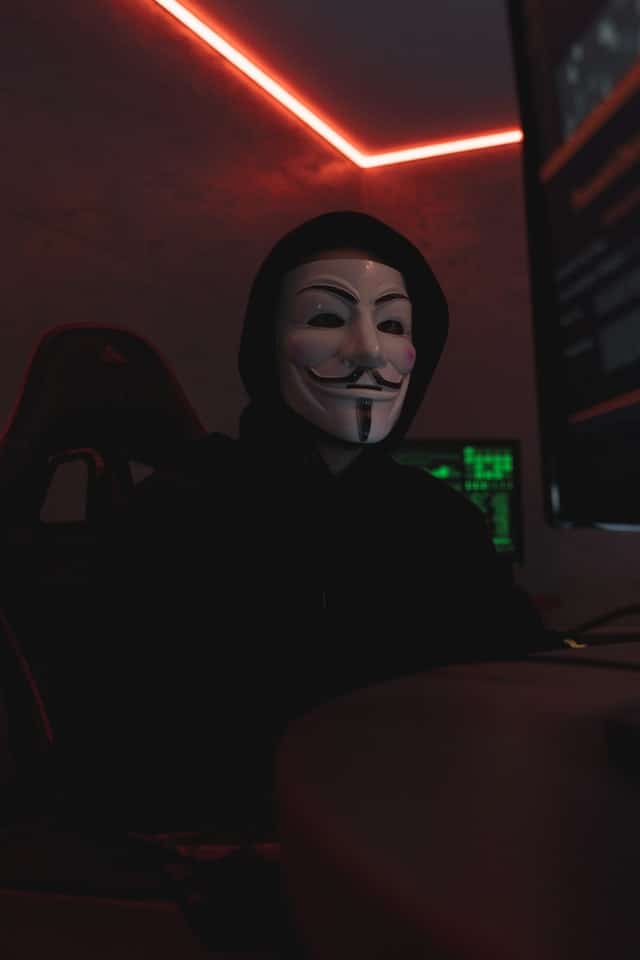 What is Ransomware? How It Works and Ways to Prevent It